Seville, the capital of Andalusia hosts the Andalusian Gay Pride each year in June.

The Orgullo De Andalucia takes place each June in Seville, the capital. The pride is part activism, part festival.

The main parade takes place on the last Saturday during a weeklong a series events including music concerts, shows, exhibitions, circuit parties and a grand finale concert.

The parade leaves in the early evening from the Diputación Provincial de Sevilla to the Alameda de Hércules.

Madrid’s big club nights including MATRIX take over the local clubs bringing international DJS and the hottest GoGos to the city throughout gay pride Seville.

Stay in the area close to Alameda de Hércules, where you will the the busiest gay bars and clubs nearby.

Stay in the Hotel One Shot with a great seasonal outdoor swimming pool, a bar and rooms with free WiFi access.

Gay Bars and clubs in Seville can be found in close to or in the centre of Alameda de Hércules. Most of the best hotels are located just a short walk from the gay scene. 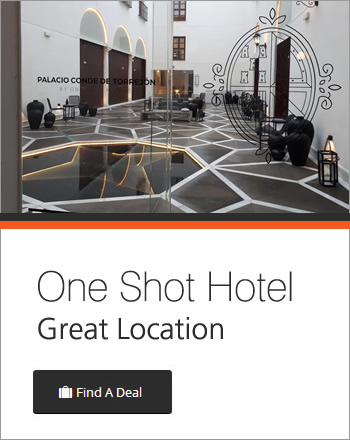 Seville is a compact city and is easy to explore on foot. Most of the major attractions are located in the centre of the city. The gay bars and clubs are all located close to the Alameda de Hércules.

Each room at this hotel is air conditioned and is fitted with a flat-screen TV. You will find a coffee machine in the room. Close to all the gay bars and clubs.

Hotel One Shot has a seasonal outdoor swimming pool, a bar and rooms with free WiFi access. Old town is a great choice for architecture and tapas.

One of Spain’s most prestigious hotels, Hotel Alfonso XIII – A Luxury Collection Hotel is located next to Seville’s Real Alcazares with stunning views.

The stylish EME Catedral is located next to Seville Cathedral and 60 m from La Giralda. It offers a rooftop swimming pool and bar and great location.

Other Events in Seville 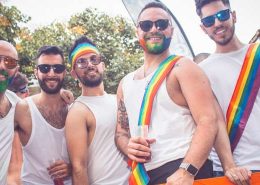 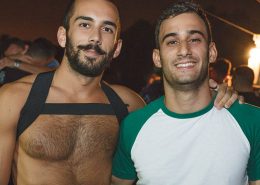 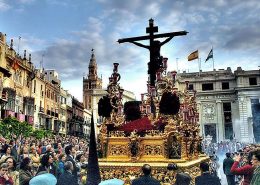 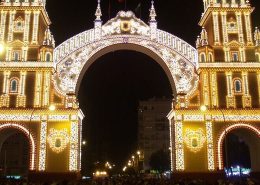 Get the Gay Travel Monthly Update! 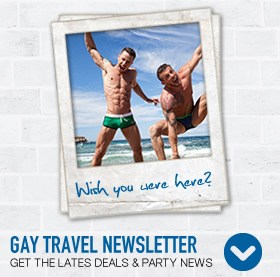 Get the latest Gay Travel News Each Month 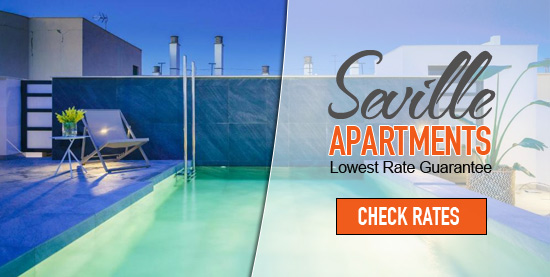 Scroll to top
Send this to a friend